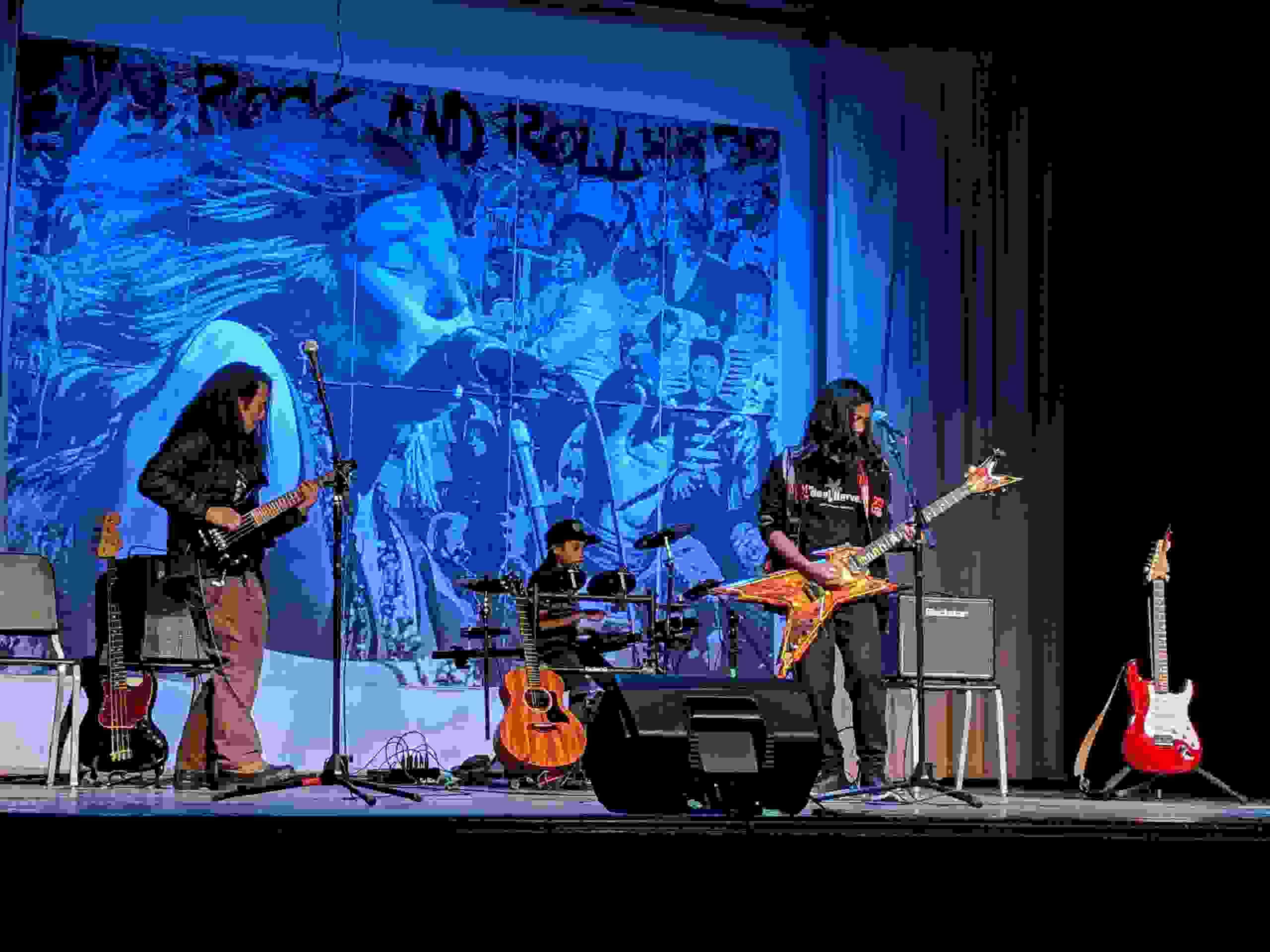 JNX (Pronounced "jinx") is a metal band from Mariposa, California, the gateway to Yosemite National Park. The band is comprised of brothers Jonah Dacanay (Guitar/Vocals) and Xavier Dacanay (Drums), and their dad Roger Dacanay (bass). Influenced by legendary rock and metal bands like Van Halen, Guns n Roses and Pantera, JNX loves to play melodic tunes with shredding guitar solos. JNX helps to spread the metal genre throughout the mountain community and central California performing their own original songs and classic covers ranging from Queen to Metallica.

In Spring of 2015, at the age of 11, lead guitarist and frontman, Jonah Dacanay, started the band JNX. Jonah formed the band with his seven-year-old brother Xavier Dacanay who plays drums and his father Roger Dacanay on bass to perform Detroit Rock City for the Beat Harvest Student Show. Later that year, JNX wrote their first original song My Rock n Roll.

JNX has performed in many events and festivals in the mountain community and Fresno/Central California and has received an incredible response from young, adult, and family audiences. In 2016, JNX gave a special rock concert to the patients of Valley Children’s Hospital in Central California as a way of giving back to the hospital. The band has also performed at fundraisers to help raise money for music scholarships for high school students, has visited and performed for Mariposa Parks and Recreation summer day campers to teach young people about music, and performed to raise awareness and help fundraise for community organizations including C.A.S.A. (Court Appointed Special Advocates) at the Mariposa Summer Fun Street Fair.  JNX has also enjoyed performing at the Mariposa Butterfly Festival and El Portal's Spring Fling.

In 2017, JNX guitarist Jonah Dacanay, at age 13, participated in The Music Experience's  "30 Seconds to Shred" contest at California's biggest rock festival - Aftershock.  He was the youngest person to participate and he won. The following year at Aftershock 2018, Jonah entered the contest again  and won for the second year in a row.

Now in 2020, JNX is currently writing and recording songs, starting with the release of their song Wall of Fame on SoundCloud.  By this summer, they are aiming to write and release many more songs and to perform outside of the mountain community and Central Valley.

Copyright © 2020 The Officials - All Rights Reserved.